J.L. Clark collaborated with the International Women’s Baseball Center and Digital Hive Mind to produce a collectable tin to commemorate the 75th anniversary of the Rockford Peaches. Proceeds from sales of the tin will go towards the International Women’s Baseball Center’s capital campaign to fund the building of a museum and training facility in Rockford, near Beyer Stadium, former home of the Peaches.

The city of Rockford, Illinois will be hosting several 75th Anniversary Celebration events between May 30 – June 3. The limited edition collectable tins designed by Digital Hive Mind will be sold for $20 each at PeachDIVA booths at each event throughout the weekend. 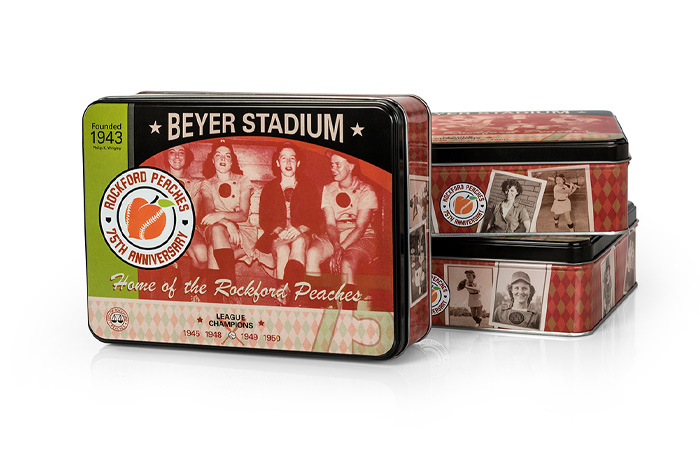