J.L. Clark’s Heritage Team recently completed an update of the company’s display at Rockford’s Midway Village Museum. The large double-sided display sits within the main museum’s Industrial Gallery and had not been updated since the sale of the company in 2015. The new display focuses entirely on J.L. Clark and includes a timeline of the company’s 115-year history, easy to understand explanations of J.L. Clark’s printing and manufacturing processes, and numerous examples of the packaging produced. The museum’s Victorian Village also houses a replica hardware store from J.L. Clark’s early years.

J.L. Clark’s Industrial Gallery display was produced nearly entirely in house by the company’s Heritage Team, with the help of employees in rounding up samples, artwork and various materials, Gary Fischer, Mhariel Pastrana and Mike Basak who lead the installation, as well as Digital Hive Mind who provided graphic design work.

According to Product Innovation Engineer and Heritage Team leader, Jason Ludewig, “This project was one of the big ones on our to-do list when the Heritage Team was first formed in 2016. From the beginning, it was important to the team that the new display be more than a glorified advertisement for J.L. Clark. Based on feedback from museum personnel, we decided we wanted to inform and educate museum visitors about who J.L. Clark is, what we do, and how we do it, and do so in a way that would be engaging for children as well as adults. The hope is that people come away with a stronger appreciation for Rockford’s proud industrial heritage and a realization that there are some cool and very recognizable products being manufactured in the region today.

As with any project, the outcome is only as good as the effort put in, and I think the new display reflects the passion of the individuals who worked on it. We are extremely grateful to everyone who dedicated time and resources internally, to Digital Hive Mind for their help taking our rough draft to its beautiful final state, and of course to Midway Village for their patience and assistance!” 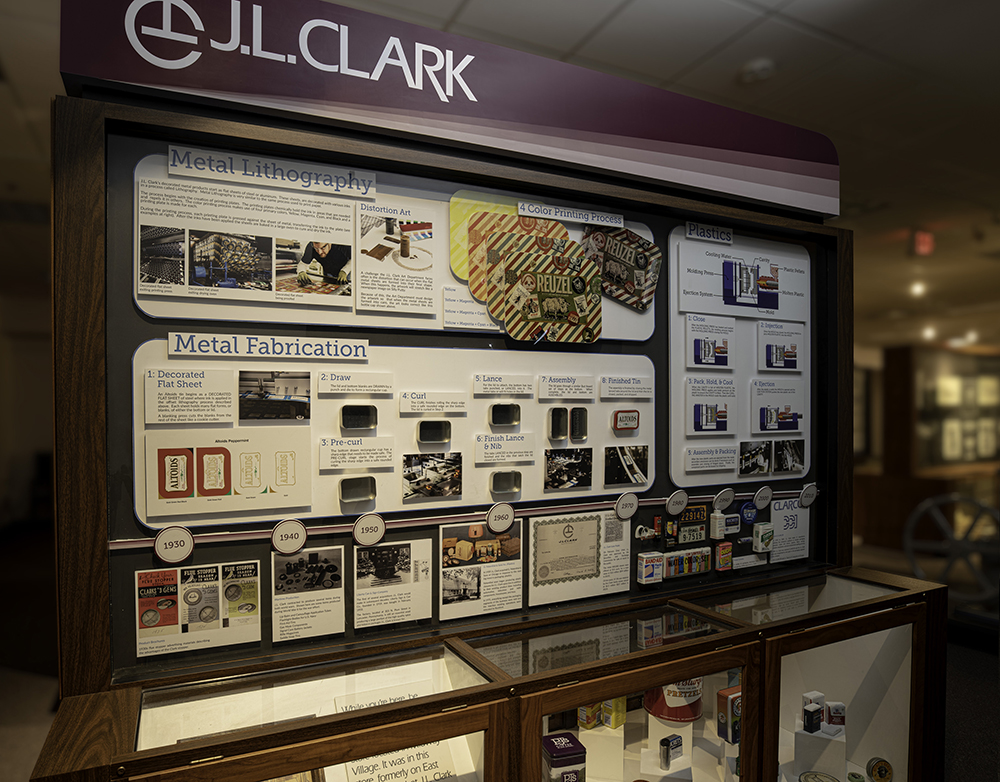 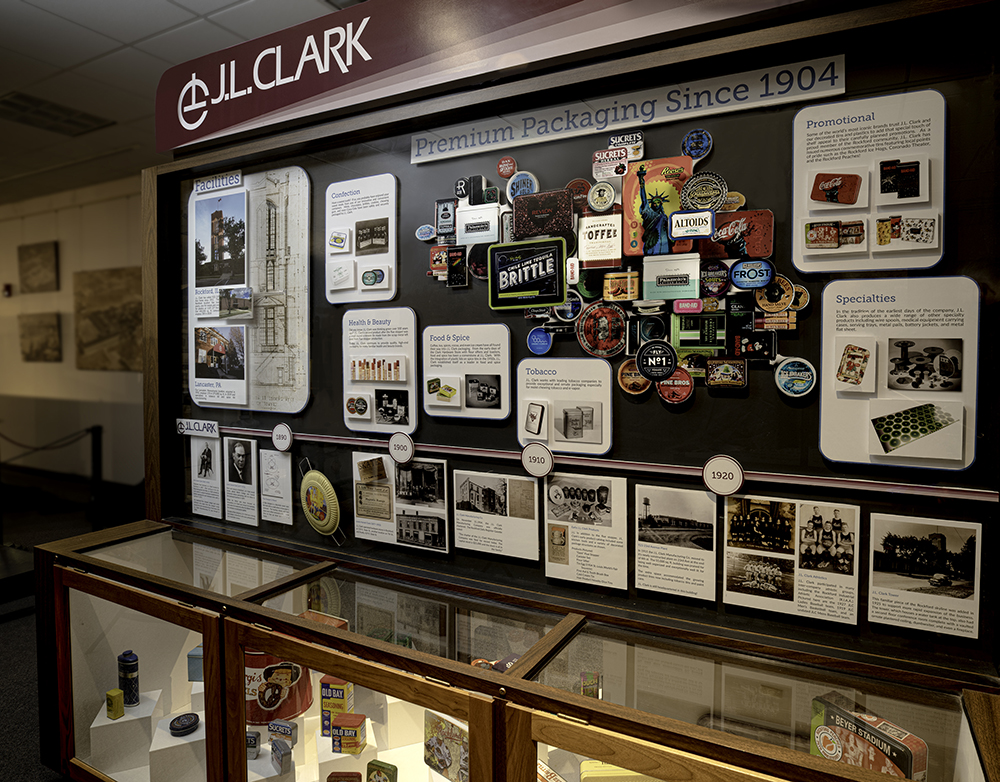